Provided by the British Library, Timelines allows users to explore a variety of topics throughout history as far back as 1210 A.D. and as recent as the first decade of the 21st century. Once you launch the timeline, use the navigation controls at the bottom of the window to move up and down the timeline by decade; jump by whole centuries using the Next and Previous buttons at the very bottom of the page. When you click on a topic of interest, the item will either: 1) display a dialog box with a brief write-up or 2) may expand to reveal multiple items, to which another click will reveal a write-up. Use the drop-down menus at the top of the window to modify the topics that the timeline will focus on, such as entertainment, science and technology, sacred texts and more. 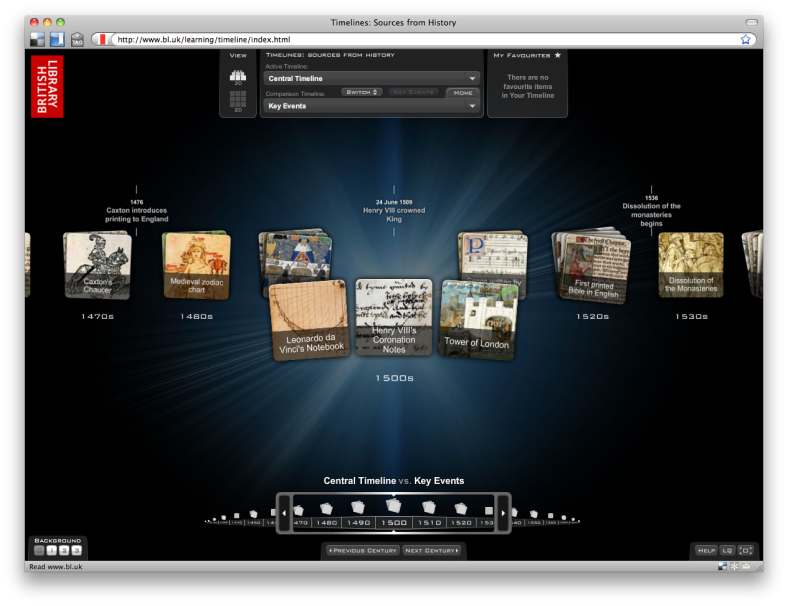